UPDATE: A GRAINY BUT AUDIBLE VIDEO CAPTURING THE MOMENT CRUZ RESPONDED TO THE ANTI-ISRAEL JEERS, AND AS HE WALKS OUT WITH DIGNITY,  HAS BEEN ADDED AT THE END OF THIS ARTICLE.

About that Christian event U.S. Senator Ted Cruz (R-TX) attended last night, Sept. 10? Some have characterized what happened as Cruz having been booed off the stage.

What happened is that Cruz walked out on the crowd, some of whom booed his stalwart support for Israel. It wasn’t a large percentage of the audience, but it was a relentless group.

Here is what the senator sent out last night, describing what happened at the “In Defense of Christians” event:

Tonight in Washington should have been a night of unity as we came together for the inaugural event for a group that calls itself ‘In Defense of Christians.’ Instead, it unfortunately deteriorated into a shameful display of bigotry and hatred.

When I spoke in strong support of Israel and the Jewish people, who are being persecuted and murdered by the same vicious terrorists who are also slaughtering Christians, many Christians in the audience applauded. But, sadly, a vocal and angry minority of attendees at the conference tried to shout down my expression of solidarity with Israel.

These statements were met with angry boos. I went on to tell the crowd that Christians in the Middle East have no better friend than Israel. That Christians can practice their faith free of persecution in Israel. And that ISIS, al Qaeda, Hamas, and Hezbollah, along with their state sponsors in Syria and Iran, are all part of the same cancer, murdering Christians and Jews alike. Hate is hate, and murder is murder.

I came to this event tonight to help shine a light on the tragic persecution and slaughter of Christians by ISIS and Islamic radicals throughout the Middle East. American leaders have been far too silent as to this horrific evil.

But bigotry and hatred have no place in this discussion. Anti-Semitism is a corrosive evil, and it reared its ugly head tonight.

Will the words he spoke, and the action he took, endear Senator Cruz to the sneering, jeering, (largely Jewish) intellectual elite?  Doubtful. And sad. 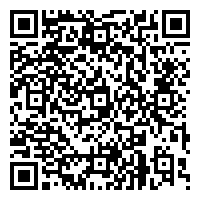