The Palestinian Authority unity government is falling apart over the issue of who should pay the back salaries of Hamas civil service workers.

Gaza’s ruling Hamas terrorist organization stopped paying its workers months ago, instead diverting funds to weapons development, tunnel building and other war mongering activities. Nor are they paying them now.


As late as three weeks ago Hamas terrorists were still summarily executing numerous Gaza civilians they believed may have been collaborating with Israel, usually after quickie kangaroo court trials — if any at all.

When the unity government deal was signed last spring, Hamas assumed the new administration would take over all the debts. But Ramallah-based Palestine Liberation Organization (PLO) chairman and rival Fatah leader Mahmoud Abbas is refusing to pay the bills until Hamas is willing to allow the unity government to actually govern the workers – and Gaza.

Moreover, in order to take on the current expenses of a unity government, — which he heads — Abbas says the administration must function as one entity. In addition, the 50-day counter terror Operation Protective Edge launched by Israel in Gaza this summer has exacerbated problems faced by the new government.

Cleaning staff in Gaza began a strike three days ago after going without salaries for the past five months, the Bethlehem-based Ma’an news agency reported. On Wednesday, Nabil Abu Aqlein spoke on behalf of Al Shifa hospital employees, saying cleaning staff in all Gaza hospitals would remain on strike until they are paid. Some 170 workers are currently on partial strike.

“If cleaning staff quit working there will be a disaster, and disease will spread throughout all hospitals,” Abu Aqlein pointed out, urging Abbas to intervene to resolve the crisis.

But Abbas won’t even enter the region, let alone intervene in a local financial crunch, until the issue of ‘who’s governing what’ is resolved.

“We will not retain partnerships with Hamas unless it accepts one arm, one legitimacy and one decision in the Palestinian territories,” Abbas told reporters. As a matter of fact, not even Abbas can safely enter Gaza at this point without bodyguards. Even then, his security is still at risk.

The Hamas spokesperson told journalists that a meeting to discuss these issues has been set between Hamas and Fatah in the next few days, but “Fatah refuses to sit with Hamas in Gaza; it prefers the meeting be held in Egypt.” 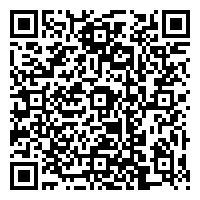