David Rakoff, a humorist who often wrote about American Jewish culture, has died.

Rakoff, 47, died in Manhattan Thursday of cancer, a disease he has battled since he was 22, according to reports.


A frequent contributor to National Public Radio’s This American Life, Rakoff, who was Montreal-born, embraced his misfortunes with a cheerful negativity.

A book of his essays was named “Half Empty.”

“Optimism is not for everybody,” he told Tablet magazine in a 2010 podcast. “There are a lot of people who are simply going to feel anxious no matter what, it predates consciousness almost, it’s pre-verbal, it’s the way you are and ultimately it’s as value neutral as having brown eyes.”

He wrote, in a 2006 Tablet blog chronicling his attendance at virtually every film in a Woody Allen film festival, of his delight in his discovery of a shared identity with Alvy Singer, the Allen doppleganger in “Annie Hall.”

“Walking out, my friend Rick, thirty-plus years resident said, ‘I had forgotten how Jewish a film it is’,” Rakoff wrote. “I really hadn’t noticed. But I’m the wrong guy to ask. It’s like saying to a fish, ‘Do things around here seem really wet to you?’

“I wrote a book that got translated into German a few years back. There was a fascination among the Germans with what they perceived as my Jewish sensibility; a living example of the extirpated culture. I’ve said this before, but I felt like the walking illustration of that old joke about the suburbs being the place where they chop down all the trees and then name the streets after them. At least a dozen of the reviews referred to me as a ‘stadtneurotiker,’ an urban neurotic, a designation that pleased me, I won’t lie. Especially when I found out the German title for Annie Hall: Der Stadtneurotiker.” 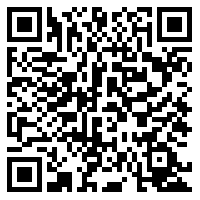