On Saturday, Mitt Romney introduced his running mate, Paul Ryan, as “the next president of the United States.” I watched it, you can watch it, too. The Republican camdidate went up to the mike and announced, beaming with pride, to a thrilled crowd in Norfolk, Virginia:

“I would like you to join me in welcoming the next president of the United States, Paul Ryan!”


A couple minutes later, after Ryan had taken the stage to a cheering crowd, about to deliver the most important speech of his life so far, Boss Romney reappeared, to try and mend things with a smile, as he has done so many times before.

“Every now and then I’m known to make a mistake,” he admitted, to huge laughter from the audience. “I did not make a mistake with this guy. But I can tell you this, he’s going to be the next vice president of the United States.”

Remember 2000 through 2008, when the in thing was to collect “Bushisms?” I have a feeling Romneyisms are going to beat the former hands down, because while GW’s goofs were mostly grammatical, Romney’s are situational and complex. There’s context and subtext to Romneysims, and I for one can’t have enough of them. 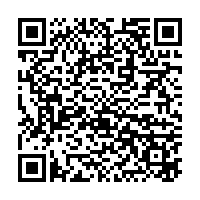