The dean of the Petach Tikvah Yeshiva, a major force in the Tzohar movement, and the number 2 candidate on Yair Lapid’s Yesh Atid Knesset list “Yesh Atid,” Rabbi Shai Piron, sharply criticized a Shas party election spot which he said “humiliated hundreds of thousands of immigrants from the former Soviet Union” and is “an expression of a dark, racist, offensive and invasive kind of Judaism.”

The spot shows a Russian born bride and an Israeli born groom standing under the Chupah, waiting for the bride to receive her instant giur-conversion document by fax. “Just dial star-giur,” she tells her husband to be, who appears devastated by the fact that he is about to marry a gentile.

“If they get to determine who is a Jew, we’d be forced to live in a racist state which chases loyal citizens who shoulder the national burden and serve their country and its values with love and faith,” Rabbi Piron said. “After trying and failing to gather votes by bringing the ethnic demon back to life, the Shas leaders have decided to abuse the immigrant community. The Shas-style Judaism is not our Judaism. Anyone willing to gain a vote and a half more by humiliating kosher and loyal Jews, deserves widespread public condemnation.”

Piron continued: “The moment of truth is here and we all share a duty to decide who will lead Israel in the coming years. Whether we allow Shas to continue to sow seeds of hatred and division that sharpens the old differences between groups, or mobilize together to strengthen a healthy society.” 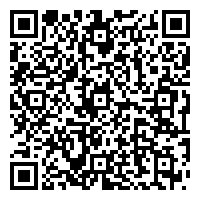