The security fence in the Jewish community of Beit El is about to get an upgrade after numerous attempts by terrorists to attack the community.

In the past year alone, operatives from the Palestinian Authority have launched attacks in the area with IEDs (improvised explosive devices), firebombs (Molotov cocktails) and even opened fire at Israelis on the road and in the community.


Now the Defense Ministry has allocated NIS 5.5 million for the completion of a proper security fence that will separate the old Route 60 connecting Ramallah with Jelazoun, from Beit El’s western neighborhoods.

Deputy Defense Minister Eli Ben-Dahan said in a statement Tuesday the allocation for the construction of the fence in Beit El was made “at the request of the defense minister… We will continue to strengthen security in Judea and Samaria for residents,” Ben-Dahan said. 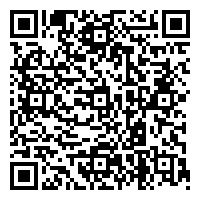