Prime Minister Benjamin Netanyahu told Israelis on Tuesday in a video released by his office that Mossad director Yossi Cohen and the new head of the National Security Council, Meir Ben Shabbat will be with him when he travels to the Black Sea resort city of Sochi on Wednesday to meet with Russia’s President Vladimir Putin.


“Tomorrow I will go to a meeting with Russian President Vladimir Putin; the head of the Mossad and the head of the National Security Council will join me,” Netanyahu said.

“I will discuss with him Iran’s accelerated attempt to establish military bases in Syria. This is, of course, proof of Iran’s aggression that has not diminished in the least after the nuclear agreement, but it also poses a problem not only for Israel, but for all the countries of the Middle East and the entire world,” he added.

In a statement this past Saturday night, the Prime Minister’s Office said that Netanyahu and Putin set up the meeting to “discuss the latest developments in the region.”

The statement added, “It must be noted that in the last two years Prime Minister Netanyahu has met with President Putin every few months to discuss bilateral and regional issues with the intention of preventing any clashes between Israeli and Russian air forces in Syria, with success until now.”

Netanyahu and Putin have met six times in the past two years, and they speak frequently by phone. Israel has made it clear to Russia that it will not tolerate a permanent Iranian presence in Syria, despite an intensified effort by Tehran to create a Shiite Crescent stretching from Iran, through Iraq and Syria to Lebanon, home of its proxy Hezbollah.

It is likely that Wednesday’s agenda will include an Israeli request to oust Iran from Syria when the fighting is at an end. Russia is the only force with the power to carry out such a task peacefully, inasmuch as Moscow has closed a deal with Damascus to maintain a permanent base in Syria for the next 50 to 75 years, with a renewal clause. 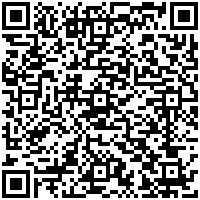