Defense Minister Benny Gantz is set to sign a security cooperation agreement with the Moroccan government next week in Rabat.

Gantz is slated to travel to the country for a two-day visit (Nov. 24-25), during which he will meet with his Moroccan counterpart and the country’s foreign minister.

The defense cooperation agreement will reportedly include the development of a local industry to produce loitering munitions, according to Defense News.

Israel Aerospace Industries subsidiary BlueBird Aero Systems Ltd. has been in talks with Moroccan officials for several months on the development of a business incubator to produce the drones, according to the French-language Africa Intelligence news outlet.

Israel and Morocco signed a normalization agreement last December as part of the Abraham Accords, but have had economic, diplomatic and military ties for years. 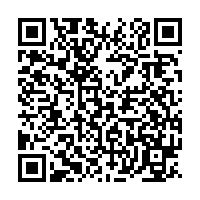