The coastal city of Ashkelon, population 130,000, was hit particularly hard on Sunday. In one attack, a rocket slammed into a four-story building, penetrating through the roof of the stairwell, and continuing on, leaving a large gaping hole in the floor of one apartment, and in the ceiling of the apartment below. Two people sustained injuries from the attack and five suffered shock. The rundown apartment building is home to Russian and Ethiopian immigrants as well as native Israelis.

For Alex Leibowitz and his wife Olga, parents of four, the rocket attack could have had much more serious consequences had it not been for their dog, Louisa.


Alex was home, not feeling well, on Sunday, while his wife had left to work in the morning. At one point, their dog began barking incessantly. “Louisa just kept on nervously barking non-stop and I couldn’t listen to it any longer, so l went back to the bedroom,” explained Alex.

Because of the barking, Alex did not hear the rocket warning siren and remained in his bedroom. Shortly after, a rocket fired from Gaza struck his apartment building, slicing into his apartment door and penetrating his floor, leaving a trail of debris, shrapnel and shattered glass in its path.

“It was a miracle. Had I gone down the stairwell, having heard the siren, the rocket would have caught me,” said Alex. Residents of Ashkelon have only 30 seconds to get to shelter once the sirens sound.

“It was as if our dog had some kind of sixth sense to know that a rocket was on its way,” added Olga, his wife. “Louisa’s barking kept my husband alive.”

Although the front end of their apartment has been badly devastated, the couple feels very fortunate.

“We have such a good dog,” said Olga, patting Louisa’s head as she now sat calmly on the porch. “We are lucky people today,” she added as she surveyed the large hole in her living room floor. “This could have been a much worse situation.”

Gaza rockets continued to pound Israel on Sunday, with more than 100 striking residential communities and cities, wounding nine people including a rescue service worker, who sustained moderate head injuries from a mortar fired from Gaza at Sha’ar HaNegev Regional Council. Five others were wounded when a Grad rocket struck a vehicle in Ofakim including a couple and their two-year-old daughter. Cars, homes, and buildings were damaged in the rocket strikes and countless people experienced shock and trauma from the attacks. 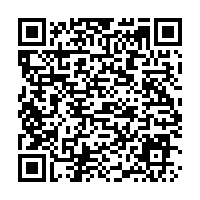