(JNi.media) The World Jewish Congress (WJC) and the Israeli Consulate in New York on Monday turned out to meet delegates from the Israeli Druze Alliance who are visiting the US to promote Israel.

Some 50 guests gathered at WJC’s Manhattan offices to welcome these influential young members of the Israeli Druze community who serve in leadership roles in the IDF, law enforcement and medicine. The delegation has visited Boston and Los Angeles, and now New York, to speak at schools and organizations and to the media, spreading understanding and awareness of their community’s unique place in Israel’s multicultural society.


The Druze community in Israel numbers 104,000, making it the third-largest Druze enclave after those in Syria and Lebanon. Some 86% of the Israeli Druze community serve in the IDF. The Druze faith is monotheistic and traces itself back to Jethro, Moses’ father-in-law. It is officially recognized within Israel as a distinct ethnic entity, with its own courts and religious leadership. The official language of the Druze is Arabic, but members are well integrated in the Hebrew-speaking Israeli society.

“There is a special bond between the Druze and Jewish communities of Israel,” said Amir Sagie, the Israeli deputy consul general in New York. “We owe this community a lot, as Israelis. We are here to help you show how diverse Israel is, and the fact that minorities are not only equal, but take part in defending Israel.”

Dr. Amir Halabi, a first lieutenant in the IDF who is a member of the delegation, described the patriotism and freedom felt by the Druze citizens of Israel. “Every one of us has a very strong connection to Israel,” Halabi said. “Each one of us has relatives who served in the IDF, or friends and family who died serving. For us to defend Israel is not a question. It is our only homeland.”

WJC CEO Robert Singer praised the Druze community for its contribution to the State of Israel, recalling his former roommate from officer’s training school, Col. Nevi Mari’i, who rose through the military ranks to become deputy commander of the Gaza Brigade. Mari’i was killed in action in 1996. “Nevi was a true patriot and proud citizen who gave his life to protect the State of Israel,” Singer said. “His selflessness and devotion is reflected time and again by generations of Druze Israelis.”

The delegation is touring the US as part of its initiative to create a Druze NGO to coordinate with the American Jewish community and promote Israel with non-Jewish Americans, provide education about the Druze community, and raise awareness of Israel’s Druze citizens. 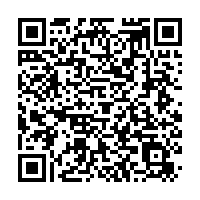