An El Al flight scheduled to leave Monday from Ben Gurion Airport and fly to New York City was cancelled after initial delays. The cancellation has been attributed to a labor dispute.

“Unfortunately, despite a labor court decision calling on pilots to return to work immediately, they are continuing to disrupt the flight schedule,” Ynet quoted El Al.

It appears that only flights from Israel to New York are affected, as scheduled flights to both Paris and London departed this morning with only very minor delays.

The impending severe weather has only just begun to affect flight travel into and out of Israel. So far, flights into Ben Gurion Airport scheduled to land at Terminal 1 have been instructed to land instead at Terminal 3 on Wednesday and Thursday.

Blizzard conditions are being predicted for Wednesday in Israel. It is advisable to check for flight delays and cancellations at the Ben Gurion Airport website. 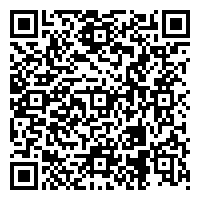