The head of the Elkanah municipality, Asaf Minzer, has sent a letter to Interior Minister Aryeh Deri informing him that the initiative to combine four separate Shomron settlements into a single municipal entity should be taken off the table, citing the approaching elections in Elkanah, scheduled for May, as the reasoning.

“In this current situation (of approaching elections), all matters pertaining to the issue of municipal consolidation in the region are to be taken off the table, as they cannot take place close to or during an election process,” the letter to Deri read.

In addition to the letter, Minzer also issued a press release stating that the unification idea was ”born in sin”, and should be forgotten.

In November, Tazpit Press Service reported that four neighboring Samaria settlements – Etz Efraim, Oranit, Shaarei Tikvah and Elkanah, will be converged into one single municipal entity, following a decision made by a committee commissioned by Deri.

The decision was made after the committee concluded that maintaining four separate entities constitutes a disproportionate drain of state funds, and that unifying them would be more economically viable. 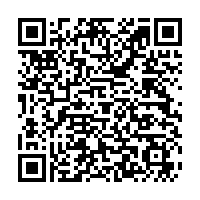