European Jewry this week hailed the release of the European Union’s new strategy on combating antisemitism, calling on “EU institutions, member states, international organizations and all civil society actors and citizens” to commit to a “future free from antisemitism.”

The European Jewish Congress (EJC) said in a statement that it welcomes the release of the ground-breaking document, European Union Strategy on Combating Antisemitism and Fostering Jewish Life, and looks forward to working with relevant leaders and officials to ensure its implementation.


The Strategy is comprised of three pillars: preventing and combating all forms of antisemitism, protecting and fostering Jewish life in the EU, and education, research and Holocaust remembrance.

The document seeks to place the EU firmly in the lead of the global fight against antisemitism.

“This is an unprecedented and vital document that will act as a roadmap to significantly reduce antisemitism in Europe and beyond,” said EJC President Dr. Moshe Kantor.

“It is a commitment to the Jews of Europe that we belong and are a vital part of the European future, and the continent’s decision-makers will be making a supreme effort to ensure Jewish life flourishes,” he contended.

Israeli Foreign Minister Yair Lapid said in a statement in response to publication of the Strategy, “I congratulate the European Union for presenting a comprehensive strategy for combatting antisemitism and strengthening Jewish life in Europe.

“This step reflects a commitment not only to the fight against the ugly phenomenon of antisemitism, but also to the security of the Jewish community,” Lapid said.

“This strategy is an important pillar in the fight against antisemitism, the promotion of education amongst the young generation, and Holocaust remembrance. I look forward to strengthening cooperation between Israel and the European Union on this topic,” the foreign minister added.

Kantor said he was also pleased the EU “addressed our concerns and recommendations” in the document. “We stand ready to assist in any way towards the implementation of this important strategy,” he said.

The initiative is slated to be implemented over the period 2021-2030. Key elements include:

“Combatting antisemitism is the cornerstone for maintaining vibrant and contributing Jewish life in Europe,” Kantor underlined. “This document. . .demonstrates clearly that words are being turned into positive actions,” he added. 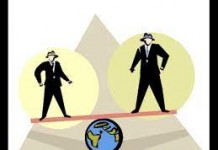 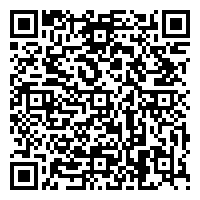