Former AIPAC chairman Steve Grossman, now the treasurer in Massachusetts, said he will run for governor in the state.

This week, Grossman told a local television station that he plans to announce his candidacy for the November 2014 election at the state’s Democratic Party convention on Saturday. Gov. Deval Patrick is not seeking re-election.


Grossman, a 67-year-old businessman, is a longtime influential Jewish community leader and Democratic activist. He served as chairman of the American Israel Political Action Committee from 1992 to 1997. He has headed the national and state Democratic parties.

The former campaign chair for Boston’s Jewish federation is a philanthropist who has served on the boards of many Jewish institutions.

“Being governor of the Commonwealth is about leadership, and providing leadership that leaves no one behind,” Grossman said.

Grossman, who ran unsuccessfully in the 2002 Massachusetts gubernatorial primary, is among a growing list of Democratic contenders for the post, including Donald Berwick, former chief of Medicare and Medicaid in the Obama administration, and Daniel Wolf, a businessman and state senator.

No Republican candidates have announced their intentions to run, though many speculate the list may include Scott Brown, a former U.S. senator. 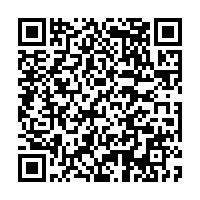