Okay, how do we wrap our minds around this one?


Why? Is it because of the so-called Israeli “Occupation?” No. Is it because Israel cranks up the charges so that the Gazans cannot afford to purchase the goods coming from Israel? No.

The Gazans are refusing to make the purchases because of new and excessive taxes imposed by Hamas. That’s right. The murderous terrorist group Gazans voted into office are starving their own people by pricing goods beyond the financial ability of their people.

Hamas is imposing a hunger strike on their own citizens in Gaza.

The wholesaler, Abu Samra, said Gazan wholesalers would refuse to import the goods until the newly-levied taxes are rescinded.

These latest taxes follow an increase in taxes imposed in April, which were called a “Joint Responsibility” tax. 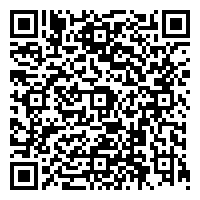