While President Obama was in Paris for the past few days cavorting with other world leaders on the dire global threat of climate change (never a junior varsity issue in his book), his spokesperson made the announcement that Obama’s new ISIS czar will be none other than Robert Malley.

For a president who thinks that world leaders meeting in Paris to discuss climate change is the equivalent of a body blow to ISIS after the Nov. 13 Paris Terror Attacks, the appointment of Malley makes perfect sense.

Malley is the kind of new-age negotiator who thinks there is no tyrant too awful to shun – unless, of course, you are talking about Israel – and is always eager to play up the “positive” aspects of genocidal terrorist regimes as the justification for allowing them right there in the tent, seated next to you.

An early wet noodle in Malley’s public career was a 2001 New York Times op-ed in which he blamed Israel for the Camp David Peace Talks. Malley’s recollection squarely conflicted with every other major player present at the talks, including President Bill Clinton and Clinton’s Middle East Envoy, Dennis Ross.

In a 2007 op-ed in the Los Angeles Times, Malley expressed strong support for trusting Syria’s Bashar al-Assad, ridiculing the idea that the Syrian tyrant should be treated as a pariah.

In 2008, Malley was booted from the Obama election committee when it was discovered that he had met with Hamas members. Although removed from the public stage, Malley was still one of Obama’s most trusted advisers on Middle East issues.

In an article in Foreign Policy in 2012, Malley castigated Obama for failing to consider the option of containing a nuclear-armed Iran. He thought Obama was too hawkish on Iran!

In 2013, Malley predicted that Hamas and Fatah would unite so that they could bargain effectively against Israel.

In the last few years Malley did finally gain entrance to the citadel of strength, serving on the National Security Council. Earlier this year Malley was elevated to the NSC position of Middle East Coordinator, where he was actively engaged in the Iran Deal negotiations.

With a history of dissing Israel, snuggling up to Hamas, shielding Assad, and promoting the containment of a nuclear-armed Iran, is it any surprise that Malley is Obama’s choice to spearhead the U.S. response to ISIS? 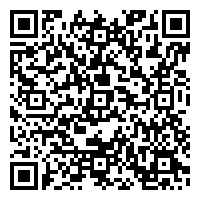