On Sunday, Jews will be refraining from food and drink from dawn until sunset to commemorate the Fast of Gedaliah.

Following Nebuchadnetzar’s destruction of the First Temple and exile of most of the Jews, the Babylonians appointed Gedaliah ben Achikaam as governor of Judea.


Under Gedaliah’s leadership, Judea and the survivors began to recover.

On Rosh Hashana, Yishmael Ben Netaniah (a descendant of the royal house) and his team of assassins murdered Gedaliah and those with him. This directly led to the end of Jewish autonomy in Judea, the slaughter of thousands of Jews, and eventually, the end of all Jewish life in the Land of Israel for decades, until the end of the Babylonian exile.

While the assassination occurred on Rosh Hashana, the fast day was placed on the third day of the month of Tishrei, immediately following Rosh Hashana.

The story is recounted in the Book of Yirmiyahu, chapters 41-43. 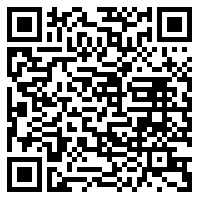