Jerusalem area. He was doing 140 kilometers per hour (87 MPH) near Ma’aleh Adumim, a suburb of the capital, Ynet reported.

A traffic police speed trap clocked Qureia’s black Mercedes with Palestinian plates flying on the road to Abu Dis, where he resides.


Qureia refused police orders to pull off the road, engaging instead in a lengthy high-speed chase, finally stopping at a roadblock set up by the traffic police.

At the roadblock, Qureia still wouldn’t come out of his car. The car was surrounded by road spikes, so the driver could not attempt to flee, then the driver was summoned to the traffic police station together with two other men in the car.

The special road block set up for Qureia created massive traffic jams. Palestinian youths from a nearby village pushed tires at the roadblock, after hearing a rumor that the senior Fatah official was being detained by Israel. 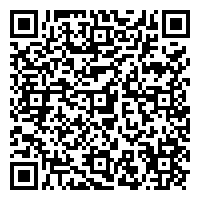