The founder of London’s Shomrim patrol carried the Olympic torch in South London.

Efrayim Goldstein, 23, was one of 187 people who carried the Olympic torch through the city on Monday.


Goldstein wore the official white Olympic uniform and was given a matching yarmulke, according to VIN News. He carried the torch for about a half-mile at 8:30 a.m.

After handing off the torch, Goldstein and a group of fellow torchbearers observed a moment of silence in memory of the 11 Israeli athletes and coaches who were killed by terrorists at the Munich Olympics, according to VIN.

Goldstein is the founder of the Shomrim Safety Patrol and runs a soup kitchen. According to the nomination for Goldstein, he set up seven charities by the time he became 16. 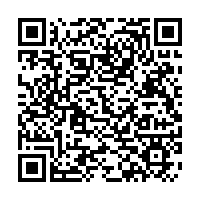