Jews make up three of the 10 biggest gainers in net worth in 2013, as listed by Forbes. Among the Jews are Google co-founder Larry Page, whose mother was  Jewish, who was raised without religion and who intermarried.

The biggest jump in bank accounts was that of gambling casino mogul Sheldon Adelson, whose net worth jumped $15 billion this past year to $37, making him America’s 11th richest person. Forbes noted that in day-to-day terms, Adelson earned $41 million daily, not bad for a day’s work.


The second biggest jump in “wages” was for Facebook’s Mark Zuckerberg. Facebook’s stock offering helped his net worth more than double, to $26 million.

The third Jew is Page, who came in ninth place with an increase of $9.4 million and a net worth of $30.5 billion

The remainder are non-Jews, including four members of the Walton family of the Wal-Mart company, Warren Buffet and Bill Gates.

This article has been updated to corrected the mis-identification of Amazon CEO Jeff Bezos as Jewish. 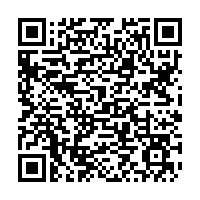