The leaders of these and other sessions include such authorities as Susan Tuchman, Esq., the head of the Law and Justice Center of the Zionist Organization of America, Asaf Romirowsky, PhD, the executive director of Scholars for Peace in the Middle East, and Gilad Skolnick and Samantha Rose Mendeles, Campus Coordinators for the Committee for Accuracy in Middle East Reporting in America (CAMERA). There will also be various Israeli schlichim, people in leadership at StandWithUs, the David Project, the Israel Campus Coalition, Hillels, and the Anti-Defamation League, just to name a few.

Ackerman stressed that there will also be plenty of non-cerebral activities at the FLI conferences, including krav maga and humus making sessions, Israeli dancing, and even a session on dealing with stress, using various Middle Eastern techniques.


On Saturday night, everyone will be invited to participate in an event at a local venue, for which FLI has engaged an Israeli disc jockey, and at which there will be Israeli food and music.

One of the highlights of the program is sure to be a Sunday lunchtime pro-Israel student leadership panel, “What I Wish I knew as a Freshman.”

The following week, FLI touches down in Pittsburgh, Pennsylvania. Many of the participating organizations are the same, although quite a few of the topics are different, including a StandWithUs session called “Israel Through Maps,” one on the Israeli government and another on the “Protection of Nature in Israel.”

Pittsburgh’s FLI, is being hosted by the Hillel Jewish University Center of Pittsburgh, representing the University of Pittsburgh and Carnegie Mellon University. It will run from April 4 through April 6.

At the Pittsburgh FLI conference there will be many new sessions, including “Ethiopians in Israel,” and “Women of the Wall and the Future of the Kotel,” as well as “Israel Inside,” with Jerusalem U.  One exciting new name is Dumisani Washington, of the Institute for Black Solidarity with Israel. Washington will be just one of the conference’s keynote speakers, along with Boston Globe columnist Jeff Jacoby.

Ackerman is one of the founders of FLI. He, along with Ron Krudo, are very recent college graduates who are following their passion: to create a new, truly engaged generation of Israel advocates. But in addition to helping these students learn how to be Israel advocates, FLI’s leaders are training current students to plan conferences, create and work with budgets, work with different organizations, seek out and secure vendors and plan for and work with security.  FLI leaders develop skills that will be useful in all facets of their lives.

Approximately 150 students are advancing on the FLI Florida conference site as this article is being published; a comparable number will be congregating in Pittsburgh next weekend. 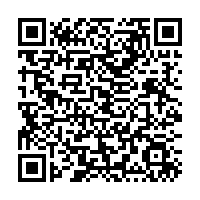