(JNi.media) Farmers in the “Gaza envelope,” a string of agricultural communities alongside the Gaza border, on Thursday (July 23) will hold a conference to protest increased raids by the Department of Immigration on their farms, and the increase in investigations of farmers.

The Conference to be held in Eshkol Regional Council, will formulate ways to engage the public in their plight while conducting legal battles against harassment by Immigration inspectors.

“Hamas rockets have failed to eliminate our farms, but the state’s fines may do it,” say the farmers.

Attorney Hagit Weinstock, representing the farmers, said that any investigation conducted by the authorities checks dozens of parameters relating to wages and conditions, and the fines of $10,000 is levied separately, so that a farmer employing several employees is exposed to paying a fortune in fines.

In addition to the increased fines, the state has undermines the right of Farmers to defend themselves. In the past, farmers could choose to make their case in court for hiring irregularities, but today the only avenue open to them is an appeal to an appellate committee at the Economy Ministry.

The conference will address ways in which farmers can cope with stricter enforcement, farmers’ rights against the investigators, the appeal process over fines, and how to prepare for inspectors’ visits with proper employment contracts and salary slips, to avoid penalties.

Don’t Be Surprised When The Pogroms Begin 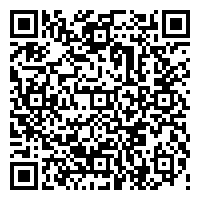