Josef Schuster, a leader of the Central Council of Jews, told German radio that Jews need not hide in fear, since most Jewish institutions in Germany are protected, but in some places it’s better if they don’t recognize you as a Jew, Reuters reported.

To that end, Schuster recommended that Jews not wear skullcaps in parts of Germany with a large Muslim population.

Mind you, he did not indicate Jews should avoid only Muslim areas known for their extremism, but instead suggested that a Jew is in danger should he or she be recognized in any Muslim neighborhood.

“The question is whether, in areas with a large proportion of Muslims, it is sensible to be recognized as a Jew by wearing a kippa or if it isn’t better to wear some other form of head covering,” Schuster told rbb Inforadio.

“It is a development that I did not expect five years ago and that’s a bit shocking.” Schuster said.

Naturally, he blamed much of this new state of things on Israel, whose inability to live in peace with its Arab neighbors is very upsetting to European Muslims, who end up attacking Jews, seeing as there aren’t any Israelis handy nearby.

A late 2014 survey by the Friedrich Ebert Foundation noted blurring of the lines in Germany between antisemitism and hate for Israel, with 27 percent of those asked equating the Jewish state’s treatment of Palestinians to what the Nazis did to Jews in WW2. 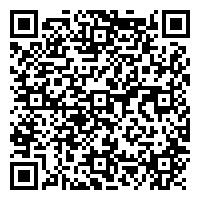