It’s not often you get to be the first (I hope) to catch an error on Google. So when I found a Google error this morning, I though it was so cool.

I was quite (pleasantly) surprised to see the big box on top of the results with the date information on the fast. I guess that’s a new Google feature.

But what surprised me more, was that it said that the fast began yesterday evening, particularly, when right below it, in Wikipedia, it says the fast began at sunrise this morning.

This is what Wikipedia has to say about the fast:

The Fast of Esther (Ta’anit Ester, Hebrew: תַּעֲנִית אֶסְתֵּר‎) is a Jewish fast from dawn until dusk on Purim eve, commemorating the three-day fast observed by the Jewish people in the story of Purim. It is a common misconception that this fast was accepted by the Jews for all future generations during the time of Esther, as it is stated in the Book of Esther: They had established for themselves and their descendants the matters of the fasts and their cry (Esther 9:31). This verse actually refers to the four fasts which relate to mourning for the Temple. Rather, the first mention of this fast is a Minhag that is referenced in the Gaonic period.[1] Recently, Mitchell First has written a detailed study of the origin of the fast and provided an explanation for its arisal in the Gaonic period.[2]

The Fast is observed on the 13th day of the Hebrew month of Adar. If the date of the Fast of Esther falls on Shabbat (Saturday), the fast is instead observed on the preceding Thursday, as is the case in 2010, 2011, 2013 and 2014.[citation needed]

As the Fast of Esther is not one of the four public fasts ordained by the Prophets, the laws concerning its observance are more lenient; pregnant women, nursing mothers, and those who are weak are not required to observe it.[3] (Note: in certain situations a weak, sick, or pregnant person is not required or even permitted to observe any Jewish fast day; a rabbi should be consulted to determine the law for one’s specific situation.[citation needed])

It is generally accepted in the rabbinic tradition that the original three-day “Fast of Esther” mentioned in chapter 4 of Book of Esther occurred on the 14th, 15th, and 16th days of Nisan, these being the eve and first two days ofPassover.[4] They fasted on Passover because Esther reasoned it would be better to fast on one Pesach lest they all be destroyed and thus never be able to observe the holiday in the future. The 13th of Adar was a fast day for the warriors while going out to battle, as it is believed to have been customary to fast during the battle in order to gain divine favor. Because fasting during Passover would be inappropriate in almost all circumstances, the “Fast of Esther” became attached to the eve of Purim, the 13th of Adar.[4]

The Gregorian date for the Fast of Esther in 2013 is Thursday, February 21st, from sunrise until nightfall.

How do you contact Google to let them know they’ve made a mistake?

[Editor’s note: This is a blog post that we cross-posted into News] 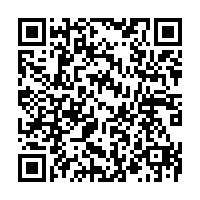