A GOP official in Virginia refused to apologize for an antisemitic joke, although the party’s candidate for governor called it inappropriate.

“I did not tell an antisemitic joke,” John Whitbeck, the Republican Party’s chairman in its 10th Congressional District, in northern Virginia, told the Free Beacon on Wednesday. “I told a joke I heard from a priest at a church service.”


Whitbeck, introducing Ken Cuccinelli, the state’s attorney general and GOP candidate for governor, at a rally on Tuesday related a joke with a punchline that had Jews seeking payment from the Vatican for the Last Supper.

Cuccinnelli, who was not present when Whitbeck told the joke, said it was inappropriate.

“Obviously I think it was inappropriate,” Cuccinelli, told the Richmond Times-Dispatch. “It’s certainly unfortunate and something if I had heard it at the time, I would have spoken to right there. Certainly not an appropriate thing to carry into the public discussion we’re having.”

Ron Halber, the director of the Jewish Community Relations Council of Greater Washington said Whitbeck’s joke “has no place in civil political discourse and it was inappropriate and offensive.” Halber praised Cuccinelli for repudiating it.

Whitbeck, who did not return a request from JTA for comment, told the Free Beacon that the controversy was manufactured by Democrats and their allies. 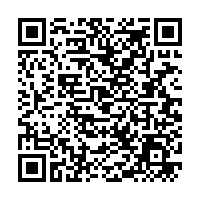