The comparisons were made on the KlasCement.be website, a major teaching resource offered by the Education Ministry of the Flemish Region, one of three entities that make up the federal Belgian state, the Jewish monthly Joods Actueel reported Monday.


The website featured a caricature of a Jewish man impaled on the fence of a concentration camp next to a man wearing Arab headress, their limbs arranged in the form of a Nazi swastika. The caption “Never Again” appears above the image of the Jew and the words “Over Again!” are written at the Arab’s right foot.

The caricature was drawn by the Brazilian artist Carlos Latuff, whom the Simon Wiesenthal Center has accused of antisemitism. Latuff rejects these claims.

The Flemish Education Ministry did not reply to requests for comment from JTA. But Guido Joris of Joods Actueel said the exercise was pulled off the site following the publication of the newspaper’s article.

Another item removed following Joods Actueel’s report was a role-playing game in which one of the characters is described as follows: “You sympathize with the radical group Hamas. You live in Gaza and work in Israel. You were shocked by the slaying of a Palestinian girl by Israeli soldiers at a school playground. Israel denies that it fired the shots but U.N. representatives in Gaza indicate it did.” 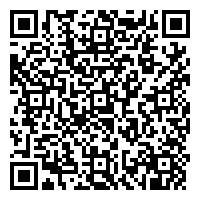