In Virginia’s gubernatorial race, with close to 100% of the precincts reporting late on Tuesday, Democrat Terry McAuliffe has edged out Tea Party conservative Ken Cuccinelli 47 to 46 percent.

In New Jersey, Gov. Chris Christie has won with a wide lead over his Democratic opponent, State Senator Barbara Buono. In his victory speech, Christie declared himself “the luckiest guy in the world.” He could cement the luck thing by becoming the only Republican able to win the Presidency in 2016–more on that in a minute.


In New York City, public advocate Bill de Blasio has won by a large margin over Republican Joe Lhota, a former chairman of the city’s transportation authority, to become the city’s first Democratic mayor in more than 20 years.

It’s always risky to extrapolate national political trends from local elections, but, at least in the Virginia race, there appears to be some correlation between the Republican House’s failure over the government shutdown and raising the debt ceiling and the success of the former DNC chairman in winning the state.

In a sense, it’s not so much that the country is moving to the left, it’s that the Republicans have moved away from the country. Except for Gov. Chris Christie, God bless him.

But then there was the Colorado Proposition AA, which won last night by about two thirds: a measure to tax the state’s recently legalized marijuana at a combined 25 percent – 15 percent at the wholesale level and 10 percent at the retail level. In my opinion, there is where left met right, new age met business, and everybody won.

Even after that heavy taxation, legal weed is still easily 90 percent cheaper than pusher weed, which is marked up as a result of the heavy risks involved in turf wars and police action.

Even before mass commercial production has kicked in, the price of an ounce in Colorado has dropped from $400 to $100. A 25 percent tax on a $100 ounce of weed still keeps the product price at a little over a quarter of the illegal option. And when the legal yield hits the state’s quaint little stores, the price before taxes could come down to $30 an ounce – making the tax negligible. Good bye, pusher weed, hello government weed.

According to Colorado State, “passage of Proposition AA is estimated to increase state tax revenue by $67 million annually, which includes $27.5 million in excise tax revenue and $39.5 million in state sales tax revenue. Local governments where retail marijuana stores are operating will receive a proportionate share of $6.0 million based on the percentage of sales in each jurisdiction.”

Put that in your pipe and smoke it. No, really, put it and smoke it, because, for the first time since this argument has first been made by 60s thinkers on the right and on the left, weed is no longer about morality, or health, it’s about money in state coffers, where it belongs, like tobacco.

In NY City, I’m deeply worried about the Bill de Blassio victory. I lived on the Lower East Side of Manhattan during the David Dinkins Administration, in which de Blassio got his start. I remember the unsafe streets and the ineffectual police of those years. I remember the Crown Heights riots. Obviously, these are not the early 1990s, and crime in the city has gone down to 1960s levels—but a liberal mayor who was elected on a mission to limit police effectiveness can do a lot to change that.

I believe the NY Republicans did not have a candidate on a par with Rudy Giuliani or Michael Bloomberg, who provided popular responses to New Yorkers’ aches. Let’s face it, New York voted for Giuliani because they were sick of Dinkins, and they voted for Bloomberg because they were sick of Giuliani. It certainly was not because New Yorkers are pro republican – we don’t have Republicans in New York, we ate the last of them during the Lindsey Administration. And, in that vein, New York voted for de Blassio because we’ve had enough of Bloomberg’s paternal style, and, most important, the Republican fellow just didn’t make a lasting impression.

As to the hoopla regarding the special treatment the Orthodox community received from both candidates – I advise the reader to go back to the records. David Dinkins, whose police chief Lee Brown during the Crown Heights riots, when Jews were being beaten up and even killed on the streets, was accused of telling his officers to let the Blacks “vent” for a couple of days, before moving in to stop what amounted to a pogrom. Go back a little further and you’ll find that the Satmar voters in Williamsburg, voting as a block, gave Dinkins the edge in 1989, in exchange for his promise not to build a power plant near their neighborhood. 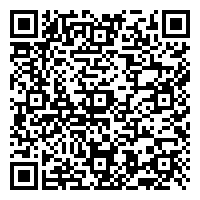