Haifa was crowned the ‘smartest’ city in the Middle East by the IESE Business School at the University of Navarra in Barcelona. A research team examined 135 cities from 55 countries as part of the IESE Cities in Motion Index (ICIM), an annual survey that ranks the cities based on categories of innovation, sustainability and quality of life. The following ten different dimensions were used to establish the ranking: governance, public management, urban planning, technology, environment, international outreach, social cohesion, mobility and transportation, human capital, and economy. The smartest city in the world for 2014 is Tokyo, which received a perfect score and was described as “impressive in its civic management, technology, economy and its ability to attract talented people from around the world.” London came in second, followed by Zurich and Paris. Of the top 20 cities, 10 are European, six American, three Asian and one is Oceanian.

Haifa is leading in the Middle East, followed by Tel Aviv. Haifa was ranked 24th worldwide.


Haifa Mayor Yona Yahav expressed satisfaction by the results, stating: “Haifa has some of the best schools in the state, which have existed for over a century, including the Technion and Haifa University. Haifa is a small city with the largest number of Nobel Prizes in science and the country’s largest high-tech and life science park in Israel. I’m glad we got another seal of approval and we will continue forward with full force.” 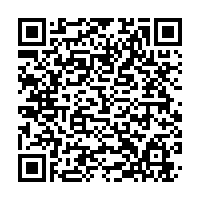