Hareidi families may have a new option for swimming in the sea this season — but it’s questionable whether they’ll take advantage of it.

A new separate-gender beach has been created in the Mediterranean coastal city of Ashkelon, just in time for the hot summer.

But the Ashkelon city council was forced into a compromise with environmentalists who insisted that a mechitzah (divider) be installed only on land in order to avoid a risk to surfers. More divisions than not are likely to be created by the compromise that was worked out over the divider.

The beach has indeed been set up with separate areas for men and women, with a divider – but the divider ends at the shoreline.

For many observant Jews this is pointless, since men and women can still see each other once they have entered the water.

Netanyahu Finds Support and Gratitude from an Unexpected Quarter 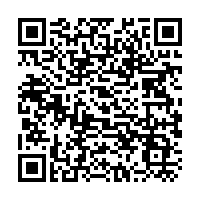