The University of Haifa is establishing a downtown campus in Israel’s northernmost port city, and has begun the process with the acquisition of the first two buildings near the port.

The campus, funded with a $10 million gift from American philanthropist Lorry I. Lokey, is planned to comprise at least four buildings located throughout the port and the city’s downtown area, according to a release sent to media.


The “Dylan Tauber Educational complex,” built in part with funds from the Laszlo N. Tauber Family Foundation, will house a bioinformatics research center that develops scalable high-performance computing hardware and software solutions for existing and future challenges of “big data” in biomedicine and agrobiology.

The Haifa City Council has allocated the use of the Palmer Street (#4) building to the University, designating it as part of the new University of Haifa School for Data Science, which will begin its operation on Oct. 1, 2019. Once the renovation of the building is completed, it will feature classrooms and state-of-the-art research labs that will be part of downtown Haifa’s budding innovation community.

The announcement of $10 million in funding for the new campus came just a few months after the University announced an $18 million donation from the Leona M. and Harry B. Helmsley Charitable Trust to begin building the 20-story Helmsley Health Discovery Tower in partnership with Rambam Healthcare Campus and Technion. Additionally, University President Ron Robin is overseeing a $10 million commitment to build an artificial intelligence technology center in Haifa in partnership with the Chinese Academy of Sciences. 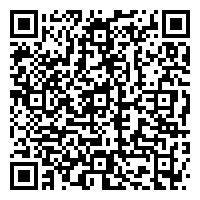