Large swarms of jellyfish reach Israel’s coast when the sea temperature ranges between 28.2 and 30 degrees Celsius and during the full moon, according to a new study from the Department of Natural Resources and Environmental Management at Haifa University.

The Haifa University study reveals, for the first time, a link between sea temperature and the lunar cycle, and the arrival of swarms of Jellyfish along the coast of Israel. “It is possible that individual Jellyfish will also reach the coast under different conditions, but we discovered that the most significant swarms arrive under the above conditions, the proof being that in such periods the number of blockages of the Israel Electric Company’s cooling facilities with dead Jellyfish have been incomparably greater than during other periods of the year,” said Avi Algazi, an IEC system management unit employee who conducted the research.

The five IEC power stations located along Israel’s Mediterranean coast use seawater to cool the steam condensers which turn gaseous steam back to liquid water for reuse in the production of electricity. The stations use three levels of filtration to prevent the penetration of foreign bodies into the stations’ condensers, and there is where Jellyfish usually get caught.

Although Jellyfish have become frequent guests along the shores of Israel, and despite their obvious and immediate impact on humans, until now researchers were not certain as to the factors causing the massive arrival of swarms of Jellyfish one summer, while another summer sees fewer of these electric invaders.

Algazi conducted his study under the guidance of Prof. Abraham Haim, acting head of the Leon H. Charney School of Marine Sciences and professor emeritus at the Department of Natural Resources and Environmental Management; Dr. Keren Or-Chen of the Department of Natural Resources and Environmental Management; and Dr. Anat Geffen Glazer from the IEC. For his study, Algazi sought to examine a link between the arrival of Jellyfish swarms, as determined by operational events that have occurred at the Eshkol Power Station in Ashdod, and environmental factors such as wind direction and speed and seawater temperature.

The results showed that while the wind was not related to the appearance of giant swarms, 94% of Jellyfish swarms arrivals occurred after the middle of the year (approximately 176 days from the beginning of the year), during the second and third weeks of the Hebrew month, when the moon ranges between almost full to full, and when sea water temperature ranges between 28.2 to 30.0 degrees Celsius.

According to Algazi, Jellyfish also appeared when the moon was in other stages, or when the sea temperature was different from the range cited above. But such occurrences were infrequent, and were usually characterized by a small number of Jellyfish.

The research also revealed that although the blockage of the cooling system filters led to only a small decline in the production of electricity, they did add significantly to the cooling system’s operational costs. “The Jellyfish swarms arrive in June and July, when demand for electricity is high. Throughout those months, due to the high temperature of the sea, both available pumps are operated in order to achieve maximum utilization of the production unit. In addition, Jellyfish, unlike other large objects that get sucked into the cooling system, are not controllable; thus some block the moving filter after penetrating it, and prevent seawater from being pumped in. This causes the cooling pump to stop immediately,” Algazi explained. 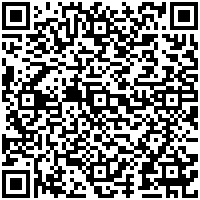