Hamas has arrested three or four suspected members of a Salafi terrorist cell who were suspected of launching the Grad missile that landed in the central Negev “capital city” of Be’er Sheva last Thursday.

According to a report published in the Hebrew-language Ma’ariv newspaper, a source in Gaza said, “The war room incorporating within it all of the Palestinian factions ‘to a man’ denied the missile launch in the direction of Be’er Sheva.


“They know that if a central city is under attack, it is a declaration of war. It therefore seems that it was a Salafi organization that does not recognize the authority of Hamas, which launched the rocket.”

Hamas, however, did not deny having launched at least 180 rockets and mortar shells at southern Israel in less than 48 hours. 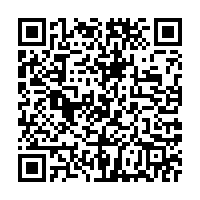