The leader of Al-Qassam Brigades, which is a part of Hamas, publicly admitted that Hamas is rebuilding its terror tunnel network. The Gaza-based newspaper Al-Resalah was invited to send reporter Mahmoud Foda to a tunnel site on Sunday, where he was shown the diggers hard at work repairing a tunnel that had been bombed by Israeli planes during Operation Protective Edge.

The commander of the digging team, Abu-Khaled, admitted that the tunnel’s repairs were started “during one of the humanitarian ceasefires reached during the war.”


This admission shows Hamas was using ceasefires reached for humanitarian ends as part of their war strategy.

There have been previous indications that Hamas was engaged in a rebuilding effort after Protective Edge. In mid-September, Al-Qassam Brigades had announced that Ahmad Riyad al-Hadad had died while engaged in “underground activities”, without specifying what they were.

Earlier this month, Al-Qassam Brigades’ spokesperson announced at a rally “the tunnels of Al-Qassam are fine, thank God. Our men will begin the next battle with their feet on the ground in Nahal Oz….and the other settlements around Gaza.”

Seen together with the missile test launches reported over the last two months, signs point to Hamas preparing for another conflict. A senior Israeli diplomatic source, quoted in Israeli media, said “Hamas did not wait a single moment after the last round of fighting, and began its rearmament in anticipation of another round”.

What Israel’s response will be to Hamas’ aggressive drive to repair its attack capabilities remains unknown. 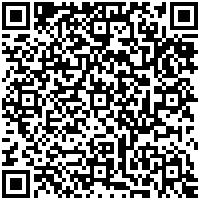