The Egyptian military has reportedly destroyed nearly 20 homes along Egypt’s border with the Gaza Strip as part of a widespread effort to crackdown on terrorists operating in the Sinai Peninsula.

Residents near the border with Gaza say Egyptian military authorities have begun to tear down homes that are suspected of hiding tunnel entrances, Reuters reported.


Hamas, the Palestinian terrorist group which controls Gaza and that relies on the smuggling of weapons and goods into the territory, slammed Egypt’s decision.

“We reject any concept of building a buffer zone. Buffer zones should not be built between brothers and between friendly countries,” said Ehab al-Ghsain, spokesman for the Hamas government in Gaza, according to Reuters.

Hamas officials also said that the military crackdown on smuggling tunnels has led to dire fuel shortages in the Gaza Strip, the Associated Press reported. 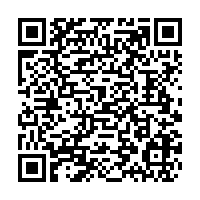