Hosni Mubarak, the Egyptian leader who maintained stability in the Middle East for close to 30 years before being sold out to the Muslim Brotherhood by the Obama administration and his own military, a victim of the “Arab spring,” died on Tuesday just two months short of his 92nd birthday. According to state TV, Mubarak died at a Cairo hospital where he had undergone an undisclosed surgery. The report cited health complications but did not provide other details.

Mubarak served as an Egyptian Air Force officer and spent two years in a Spitfire fighter squadron. He took command of the Cairo West Air Base in October 1966 and then the Beni Suef Air Base, site of the devastating Israeli air force attack that decimated Egypt’s warplane fleet. A few years later, he was promoted to Air Chief Marshal, in recognition of his service during the 1973 Yom Kippur War against Israel. Mubarak was credited with Egypt’s initial strong performance in the war.


In April 1975, President Anwar Sadat appointed Mubarak Vice President of Egypt. Sadat even transferred his decision-making authority to Mubarak temporarily when he went on vacation. Mubarak was injured in the assassination of President Sadat in October 1981, which followed the 1979 peace agreement with Israel. Following Sadat’s death, Mubarak became the fourth president of Egypt.

From the start, President Mubarak was a devoted ally of the US and a strong enemy of Islamic fundamentalism. He was also dedicated to maintaining Egypt’s peace with Israel, and over the years became a reliable partner to several Israeli prime ministers in maneuvering their relationship with the PLO. He was no friend of the Palestinian National Movement, and despised its leader, Yasser Arafat, whom he occasionally cursed out in public.

Egypt participated in the allied coalition against Iraq during the 1991 Gulf War, and, in fact, it was Egyptian infantry soldiers that landed first in Saudi Arabia on their mission to remove Iraqi forces from Kuwait. For this, Mubarak was rewarded lavishly, with reports claiming he received from the Saudis and the US as much as $50 thousand for every Egyptian soldier he engaged in the war effort. According to The Economist, “when the US was hunting for a military alliance to force Iraq out of Kuwait, Egypt’s president joined without hesitation. After the war, his reward was that America, the Arab states of the Persian Gulf, and Europe forgave Egypt around $20 billion of debt.”

Political corruption rose dramatically under President Mubarak. Opposition politicians and young activists were jailed without trial, often in the regime’s black detention sites. In February 2011, ABC News reported that Mubarak’s personal wealth was as high as $40 billion. Protests against Mubarak and his regime erupted in Cairo and other Egyptian cities in January 2011. On February 1, Mubarak promised constitutional reform. This was not enough for the protesters, who expected Mubarak to leave at once. The demonstrations continued and on February 2 there were violent clashes between pro-Mubarak and anti-Mubarak protesters. On February 11, Vice President Omar Suleiman announced Mubarak’s resignation. Power was turned over to the Egyptian military. On May 24, 2011, Mubarak was ordered to stand trial on charges of premeditated murder of peaceful protesters during the revolution.

To the tens of thousands of young Egyptians who rallied for 18 days in street protests in Cairo’s Tahrir Square in 2011, Mubarak was a latter-day pharaoh, made of gold. He was convicted along with his former security chief on June 2012 and sentenced to life in prison for failing to prevent the killing of an estimated 900 protesters who rose up against his regime in 2011. Both defendants appealed their verdicts and a higher court cleared them in 2014. The acquittal was received by mass protests of thousands of Egyptians who poured into central Cairo to show their anger. The following year, Mubarak and his two sons were sentenced to three years in prison, on corruption charges. The sons were released in 2015 for time served, Mubarak was set free in 2017.

Since his arrest in 2011, Mubarak spent almost six years in prison hospitals. When he was released, he was taken to an apartment in Cairo’s affluent Heliopolis district. His death came when the deposed iron-fisted ruler of Egypt couldn’t have been more cognizant of his complete rejection by his former subjects.

Prime Minister Benjamin Netanyahu on Tuesday issued his condolences: “On behalf of the citizens and Government of Israel, I would like to express deep sorrow on the passing of President Hosni Mubarak. President Mubarak, my personal friend, was a leader who led his people to peace and security, to peace with Israel. I met with him many times. I was impressed by his commitment; we will continue to follow this common path. I would like to send condolences to President A-Sisi, to the Mubarak family and to the Egyptian people.” 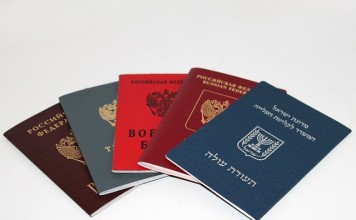 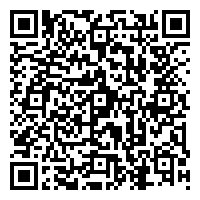