Hamas security forces stopped PA Arab writer, Atef Abu Saif, from attending a book fair in Morocco recently where the noted writer and the fiction award finalist had been nominated for the International Prize for Arabic Fiction.

According to a report in Al-Monitor, Hamas stopped Abu Saif at the Erez crossing on February 4, preventing the author from travelling to the Casablanca International Publishing and Book Fair. Abu Saif wrote that he was surprised by the travel ban and described it as “an act that cannot be justified” in an article he penned for the Al-Ayyam newspaper based in Ramallah, entitled “About Hamas and Culture.”

The Al-Monitor report pointed out that “this kind of incident has become the norm in Gaza.”

Abu Saif further elaborated that “one can clearly spot the numerous violations and banning of cultural events and activities as well as literary traditions and heritage. This is not to mention the dismantling of the system of the cultural work and organizations, paving the way for partisan ideology to have the upper hand in the cultural class.”

“Hamas has established a parallel union for every existing union, in a step that can only be understood as aiming to deepen the division and contaminate culture, which is ostensibly the most immune to it,” wrote Abu Saif, whose book “A Suspended Life” was nominated for the Arab Booker Prize.

Othman Hussein, a Gaza poet, said that the Hamas Ministry of Culture and the Union of Palestinian Writers are “the ones responsible for the deterioration of the literary scene in Gaza. It is as if Gaza does not exist on their map for them to organize cultural projects and send support,” he told Al-Monitor.

Since its takeover of Gaza in 2007, Hamas has carried out widespread banning of books in the Gaza Strip, restricting Gaza residents of what they can read including content regarded as immoral and certain children books. Hamas police broke up Gaza’s first major hip-hop concert in 2010 and banned a UN marathon that allowed women to compete alongside men in 2013.

One of the few Western diplomatic facilities in Gaza has been the target of attack recently as well. In December 2014, the French Cultural Centre in Gaza City was hit by an explosion, the second time within two months that the facility had been attacked. A Salafist group claimed responsibility for the bomb attack on the culture center, which is run by the French consulate in Jerusalem. A group calling itself ‘Islamic State in Gaza’ said that it was responsible for the October bombing of the French cultural center.

Radical Salafi groups see the Hamas regime as too “lenient” in their approach and enforcement of Shariah law in the Gaza Strip. In December, leaflets signed by the Islamic State threatened to target PA Arab poets and writers for their “atheism” and “wantonness.” 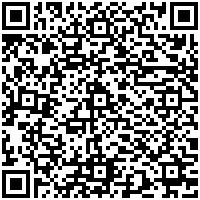