“The ground war, which Israel hints at all the time, will be our greatest hope to release the prisoners,” Daf threatened. It was the first time the voice of Mohammed Def wass heard in the media.


Def said the Palestinian factions are confident in their ability to win. “The enemy will pay a heavy price for his attack on Gaza. the military wing of Hamas, the Izz al-Din al-Kassam Brigades, have proven their ability at causing pain only to the enemy,” said Def. “This operation came as a result of the preparations we made after Operation Cast Lead, and is the beginning of the road toward the liberation of Palestine.”

Def called on the Arab and Islamic nation to make every effort to “cleanse Palestine of the occupation.”

Def, who officially served for many years as commander of the military wing, served in recent years as the right hand of the departed Jabari, following the serious injuries he had sustained when Israel last attempted to deactivate him. After the death of Jabari, experts are convinced that DEf will return to hands-on command of the military wing of Hamas.

Meanwhile, civil defense officials in the Gaza Strip on Tuesday appealed to the Arab world for urgent supplies, as their resources are over-stretched during the current bombardment, Ma’an reports.

Youssef al-Zahar, head of the rescue service, said Israel’s bombardment of high-rise buildings in Gaza was increasing injuries and deaths.

Al-Zahar lauded the “professional and courageous” work of the service, amid Israeli air strikes which, according to him, have killed 122 and injured around 900 Palestinians. 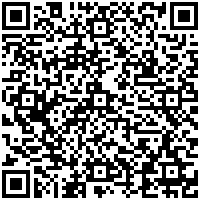