Some people like the smell of napalm in the morning, but I love the smell of missiles. If you can smell the exhaust and explosion of Jihad rockets in Israel, it means we’re bombing the hell out of them in Gaza. Not enough to suit my tastes, mind you, but they’re getting a taste of their own medicine, that’s for sure. Unfortunately our government is run by a bunch of leftists who don’t believe that Gaza is ours, so they’re giving our air force pussycat orders so they don’t upset the goyim in Washington, Paris, and London. If the Orthodox Jews of America would have made aliyah already, we would have a religious Minister of Defense by now, and Gaza City would no longer exist, like in the days of Joshua Ben Nun and King David.

If all of the 7-8 million Jews hiding out in the Diaspora would have made aliyah, the Arabs would have picked up their skirts and fled from Israel long ago. Why aren’t there brigades from Boro Park, Williamsburg, Crown Heights, Lakewood, Monsey, Englewood, and the Five Towns, fighting alongside the brigades of Golani, Givati, Tzanchanim, Kfir, Nachal, and Nachal Haredi, poised on the border of Gaza. Isn’t Israel their country too? Isn’t it their Homeland as well as ours? What halachic exemption have they fabricated for themselves to watch this Milchemet Mitzvah on TV in their comfortable living rooms while they chomp on bagels and lox? Are they less Jewish than Israelis? No way. This is their country too.


In fact, now is the time for aliyah more than ever! That’s right. Just like I’m singing in the rain of missiles, you can too! Is the Torah putting on tefillin for 5 minutes in the morning, rushing off to a $500,000 a year job talking stocks on the telephone, going out to the best kosher lunch in the city, then catching the new Woody Allen movie or a Knick game become going home to get stoned in front of the wall-size plasma TV? Is that what Judaism is all about? Now’s the time to make aliyah. Not when everything is quiet and Nefesh B’Nefesh is offering $100,000 per oleh to encourage Aliyah. Believe me, if all of the Diaspora Draft Dodgers were here where they belong, the Arabs would have left for Saudi Arabia a decade ago and Israel would already be the spiritual and material haven it is destined to be. Is it fair that we are at war when you are sitting comfortably on your couches in your cyberspace bubbles? Tell me the truth. Is it fair? Are you any less Jewish than we are?

And while we’re mentioning names, we should take Shimon Peres up in an airplane, give him a parachute, and drop him out over Gaza. Let him make peace with them. This is his war. He got us into this by giving them Gaza at Oslo. And there is a long list of others who deserve parachutes too for turning the area into a terrorist wonderland. When the smoke clears from this present operation, a war crimes tribunal should be formed to bring all the architects of Oslo to justice.

In the meantime, to our soldiers – go get them boys! Bomb the hell out of them! Remember the good old American way in Vietnam! Remember the orders Uncle Sam gave to his troops: “Kill anything that moves!” Geronimo! 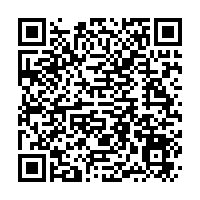