Ami Popper, a Haredi prisoner in jail for committing acts of terrorism against Arabs, was transferred from the religious-Jewish section in Maasiyahu prison for harassing prisoner Moshe Katzav, former president of Israel.

Ynet reported that a source close to the event revealed: Popper says cuss words to Katzav, and sends over people to harass and attack him.”


A few years ago, prisoner Popper’s request for clemency was rejected by then president… Moshe Katzav.

Ami Popper’s attorney denied that his client had been transferred for the alleged harassments, and argued that the reasons for the move were unrelated to Katzav. He added that the cell where Popper and Katzav live is monitored 24 hours a day by a security camera and the tapes can be checked to see if such harassments took place. 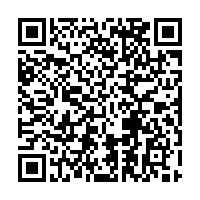