The story about the Haredi soldier who was shamed and kicked out of the Toldos Avraham Yitzchak synagogue in Beit Shemesh is not over yet, reports B’Hadrei Haredim: the soldier arrived at the synagogue this week, in civilian clothing, and was honored with an aliyah to the Torah by one of the members.

As, reported last week, a uniformed, 27 year old Haredi soldier, father of two, came to the Toldos Avraham Yitzchak shul in the Nachala U’Menucha neighborhood of Beit Shemesh to pray. At the courtyard entrance, one of the chassidim warned him: “Don’t enter this beis medrash in an IDF uniform.” Later on, when he did decide to go inside, he was verbally attacked by one of the men in the shul who yelled, “Get out, you impure person! Get right out!”

On Monday, close to 11 AM, the same soldier arrived to pray at one of the “shteiblach” (smaller shuls) on the lower level of the same building. According to the report of a person who was also praying there, “the other worshippers spoke with him nicely, even those that had shouted at him. They also spoke about the commotion that resulted from the story’s publication.”

He also said that “one of the people praying there even bought him an aliyah.”

They sell aliyot on a weekday morning? Seriously? That’s a much bigger story than the whole soldier thing… 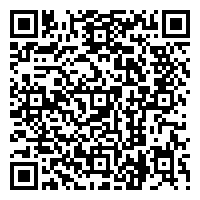