Amid the incessant stream of dinners, meetings and receptions during his first official visit to Israel, Canadian Prime Minister Stephen Harper joined his Israeli counterpart, Prime Minister Benjamin Netanyahu, for some private time with the delegation of Canadian Chabad rabbis who accompanied him on his trip.

Rabbi Yitzchok Wineberg, of Vancouver, B.C., took the opportunity to express his appreciation to Harper for his longstanding friendship with the Jewish community and staunch support of Israel.


Both premiers responded by telling the delegation of their admiration of Chabad’s work in Canada, Israel—and around the world.

Netanyahu fondly recalled the wisdom and holiness that he encountered in his interactions with the Rebbe—Rabbi Menachem M. Schneerson, of righteous memory—throughout the years.

In fact, during the state dinner that followed, Netanyahu retold the life-altering words that the Rebbe shared with him nearly 30 years ago, when Netanyahu was newly appointed as Israeli Ambassador to the United Nations. “You’ll be serving in a house of many lies,” the Rebbe said to him. “Remember, that even in the darkest place, the light of a single candle can be seen far and wide.”

As a token of appreciation, Wineberg presented Prime Minister Harper with a five-volume leather-bound set of Chumash (Five Books of Moses) with the Rebbe’s commentary published by Kehot Publication Society, in conjunction with Chabad of California. Rabbi Chaim Nochum Cunin, who directed the publication of the work, was on hand for the presentation. 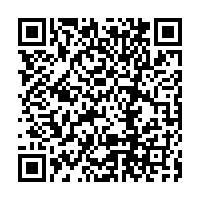