Courtenay J. Werleman is an Australian born Californian who is aggressively atheist. He’s the host of a show on iTunes, has written several books  hawking his atheist views, and, for some reason, has more than thirty thousand followers on the thinnest of all social media: Twitter.

Of course CJ Werleman, as he calls himself, is au currant and therefore rabidly anti-Israel. He is also an outed plagiarizer and so somewhat of an embarrassment to the radical left who otherwise tended to view his anti-religious mantle as a halo.


But never mind all that, Werleman still has those tens of thousands of Twitter followers who enjoy retweeting his witticisms, whether or not there is substance or truth to his bon mots.

And so when, on Dec. 26, Werleman tweeted a video clip of soldiers beating up on some young boys and labeled those soldiers evil Israelis, hundreds of Werlebots blithely retweeted the calumny.

But some bright folks looked at the video and saw that something did not look right.

In fact, those aren’t members of the Israeli Defense Forces beating up on the young kids in the video at all. The video, which appears to have been intentionally stripped of its banner identifying the source, is actually a video of Guatemalan army soldiers beating up young boys.

Hours after having posted the deceptive video and after its falsity was repeatedly brought to his attention, Werleman issued a tweet acknowledging that the video was not what he had claimed it was.

The post “explaining” Werleman’s removal of the tweet did not refer to how the earlier post was wrong, or even what he had falsely claimed in the prior tweet. He also passed off blame on the person from whom he received the tweet, rather than admitting he should have verified it before tweeting it as fact. Werleman wrote: “I have deleted a tweet (video) that contained incorrect information. It was a video emailed to me by someone who has a record of accuracy.”

So was this an aberration? Putting aside, of course, that Werleman had already been caught red-handed having plagiarized more than a dozen articles.

A glance at another post on Werleman’s Twitter feed over the weekend reveals he is clearly unencumbered by a guilty conscience or embarrassed by erupting with unsubstantiated aspersions disguised as fact-based pronunciamentos, especially if the one being attacked is Israel.

“Israel shoots Gazans for sport on the eastern border. Egypt does same on Gaza’s western border,” was posted by Werleman on Dec. 26. His statement is accompanied by a link to an Al Jazeera article, which has nothing to do with Israel. That Al Jazeera article describes the shooting death by Egyptian guards of a naked Gazan man who wandered slightly into Egyptian territory while wading in the Mediterranean Sea. People, careless ones like Werleman, will see the link to a news story and assume that the article provides a factual basis for Werelman’s claim about Israel. 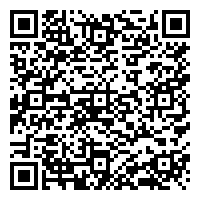