A pro-Israel group at the University of California, Irvine has bowed to left-wing pressure and axed a speaker from its iFest events because she is critical of Islam.

For years, Jewish students at the University of California, Irvine have felt intimidated and marginalised by aggressive Muslim students and anti-Israel faculty members. In 2010, 11 members of the Muslim Student Union prevented then-Israeli ambassador Michael Oren from speaking at the university. There have been reports of harassment at the university in subsequent years, particularly during MSU-sponsored events such as Israel Apartheid Week and Anti-Zionism Week.


In order to present a pro-Israel view, the Anteaters for Israel group hosts an annual iFest, a week-long program of pro-Israel speakers and activities. But this week, organisers say they were forced to cancel the festival’s main event, a keynote address by Nonie Darwish, an ex-Muslim activist who is critical of Islam and the Arab world and who calls on the Arab world to make peace with the Jewish State. According to FrontPage magazine, Darwish was scheduled to address the event about “the extreme anti-Semitism fueling the Arab world’s decades-long war of annihilation against Israel — the remnants of which are still seen in much of the Middle East’s disposition toward Israel today” and about her journey from  strident anti-Zionist to ardent Zionist and what propelled her to become such a vocal advocate for Israel despite both her father’s death and her anti-Jewish upbringing in Egypt.

But Anteaters for Israel president (and iFest organizer) said Daniel Narvy his organization was pressured by Orange County Hillel to drop Darwish because she is perceived as “anti-Muslim.” Narvy said Darwish’s speech was sponsored by a host of campus organizations, includingg CAMERA, Hasbara Fellowships, Stand With Us, the Zionist Organization of America, and the Jewish Federation of Orange County, as well as local Jewish fraternities AEPi, AEPhi, Chabad and Hillel.

But Narvy says he was excluded from deliberations last week between ;Hillel, representatives from the Jewish Federation and campus police.  There, police said they were trying to coordinate campus visits by Darwish and new University of California President (and former Homeland Security Secretary) Janet Napolitano. Both visits were expected to attract protesters.

After the meeting, FrontPage reported that Anteaters for Israel informed that both Hillel and the Jewish Federation would pull their funding for ives if Darwish’s invitation was not rescinded.  speech would be a part of iFest activities. Narvy also alleges that Hillel cast Darwish as a divisive speaker, an Islamophobe and an extremist and urged Hillel board members and on-campus organizations in the Jewish community to oppose the talk and withdraw affiliation. “The clubs who were told about Nonie as a speaker told us they would join Hillel’s boycott and withdraw from any participation in a week-long celebration of Israel if Nonie was invited to speak on campus,” Narvy said. In the process, Narvy says, AFI was smeared for promoting extremist programming.

In a response to a request for comment, Hillel leadership said the organization moved to cancel Darwish’s talk due to the security concerns mentioned above. But Narvy says he was told by campus police that they would help accommodate security at both Napolitano’s and Darwish’s speeches.

Significantly, both the UCI Hillel chapter and the Orange County Jewish Federation have a history of controversy. In 2010, Hillel promoted a talk by George Rishmawi, a Palestinian founder of the International Solidarity Movement, a “non-violent” protest organization endorses violence against Jews and “armed resistance” against Israel, and whose activists have admitted collaborating with Palestinian operatives.

The OC Jewish Federation, too, has met with criticism for funding a campus group called the Olive Tree Initiative (OTI), which organises Jewish-Arab student trips to Israel and the Palestinian Authority. In 2009, that program raised eyebrows when students met with Hamas leader Aziz Duwaik and Mazin Qumsiyeh, a pseudo-academic and anti-Israel activist who compares Israel to Nazi Germany.

The ban on Nonie Darwish comes on the heels of a rash of similar moves. Last month, Brandeis University bowed to Islamic groups’ demand and rescinded an honorary degree offer to women’s rights activist Ayyan Hirsi Ali because she is a critic of Islam. In Canada, the University of Calgary also blocked Darwish from speaking on campus.

At that time, Calgary student Samantha Hamilton said, “Hillel no longer represents the Zionist students on campus. It intimidates the students who do not agree with not saying anything or doing anything in the face of anti-Semitism and anti-Zionism.”

Despite the incident, Narvy – who plans to make aliya this summer to serve in the IDF -told Front Page that UCI’s Jewish and pro-Israel community have drastically improved since Michael Oren was shouted down on campus. But, he says, this is no thanks to Hillel.

“It is extremely unfortunate that, rather than enabling and empowering the Jewish students on campus who want to make a difference, Hillel’s stance is to fight against them and attempt to control their decisions. Hillel claims to be the Jewish student union on campus; with these type of actions, clearly it is not,” Narvy said.

California Man Made Kill List of his Jewish Neighbors 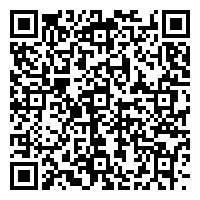