Last July, the rightwing settlers’ news website Hakol Hayehudi revealed that an Arab entrepreneur from Ramallah had purchased land in an area facing the communities of Amichai and Adei Ad in Gush Shiloh, Samaria, where he started massive earthworks, based on well laid out plans to build a new Arab village of 130 housing units.

The IDF secured the Arabs who were working there, access roads were paved, but then, following protests from local Jewish residents, the project was frozen. In fact, the local settlements have approached the new defense minister, Naftali Bennett, requesting the Arab project, run by UCI, a Canadian Arab-owned company, be quashed altogether.


Then, in mid-November, Hakol Hayehudi learned that a storm had been ripping through the area Arab villages, most notably in Turmus Ayya, the village nearest the development project: a local organizer calling himself Abu Samra on Facebook, who lives in Turmus Ayya and has good connections to the Palestinian Authority in Ramallah, on November 10 posted that Jews had purchased land that was offered by the project.

Abu Samra uploaded an ad in Hebrew announcing “A golden opportunity to buy land in Judea and Samaria!” above a map of the land plots available for purchasing from the Arab project.

“Redemption of land in Judea and Samaria is an important mitzvah,” the ad says. “We have recently located a golden opportunity to buy land which is fully and officially registered, in Gush Shiloh near the village of Turmus Ayya.”

“We have identified a breach in a project promoted by an Arab entrepreneur from Ramallah,” the ad continues. This loophole allows for Jews to buy officially registered land. Thank God, we have already acquired several plots in the project.”

The ad is signed by a mysterious entity calling itself “The New JNF,” which is a clever play on the difference between the good old Jewish National Fund and the really bad New Israel Jewish Fund.

We ran the ad’s image through Google Images and were transported to a Facebook page called Redeeming Zion with Vision and Action, which totally fits the group we would have imagined produced the ad and redeemed land directly from its unsuspecting Arab owners – but we couldn’t find the ad there. So here’s a low-rez version that was screenshot by Hakol Hayehudi: 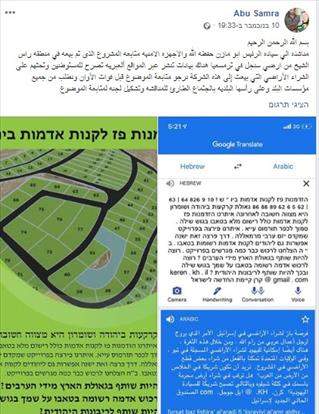 Abu Samara for his part urged PA chairman Mahmoud Abbas and the Palestinian Authority security forces to enter the scene and investigate the suspicion of selling land to Jews – which is a serious violation of PA law. Some have been killed for breaking this law, others got away with only imprisonment and torture. 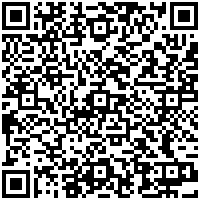