According to Beta Gamebeat, he has contemplated the idea for more than five years, and is finally ready to raise money for it via the Indiegogo crowdfunding site.

So far, no publishers have wanted to touch the game, titled “Imagination Is The Only Escape,” writes Dean Takahashi in Gamebeat. Nevertheless, Bernard thinks he can build and launch the title—about a little boy’s escape from the Nazis—for just $125,000.

His first task would be to convince potential donors that a game like this should exist at all.

“Understanding the mental toll the Holocaust took on the victims—especially children—is pivotal in a global society,” states Bernard’s page on Indiegogo. “As the main character, Samuel, users will have somewhat of a front-row seat into the horror of the Nazi Army’s occupation of Paris and persecution of Jewish families.”

Using a logic not so different from that of the designers of the “ride” at the Washington DC Holocaust Museum, the pitch stresses: “Imagination will not only have users thinking about the people involved, but the goal of the game is to inspire more people to research and learn about the Holocaust. As the old saying goes: ‘Those who don’t know history are doomed to repeat it.'”

And those wishing to repeat history could get the 2.0 version from Amazon…

“Video games are often seen as meaningless distractions for children,” argues the designer, “but Imagination has the opportunity to blaze a trail for other games that look to tackle controversial, but important topics.”

I’m thinking the Trail of Tears, the Bataan Death March, Hiroshima… All in living colors and great video processing.

GamesBeat’s Takahashi asked Bernard: Did you have some interesting conversations about why this kind of game would not get made? Was it thought to be too controversial? Did anyone warn you that you shouldn’t make this game?

“A lot of people have said that I’m treading somewhere dangerous – ‘You shouldn’t talk about this. Games shouldn’t handle this,'” Bernard replied. “What I tell them is, look at the new Wolfenstein, for example. You’ve seen it, right? I think they have robot Nazis or something like that? That’s what I would call distasteful. I’d nearly say it spits on what happened during World War II. You’re taking what the Nazis represent – a mass genocide, the killing of so many people – and you’re making it seem like a toy, a game. It’s an insult to the Holocaust. Bethesda, by funding that game, is spitting on what really happened in World War II. To make a game about robot Nazis that makes World War II that seems like fun, you’re the one that’s insulting history.”

Here’s the plot summary, according to Bernard’s pitch:

“The story starts off before the Occupation of France by Nazi Germany. The player is introduced to the main character, a Jewish boy named Samuel who is playing with his friends, going to school, and living a normal life in Paris. However, when France is invaded by the Nazis, Samuel and his family are soon forced to wear the yellow star of David on their clothes.

“The scene changes to the Vel’ d’Hiv Roundup, the mass arrest of Jews in Paris that took place on July 16, 1942. During the chaos Samuel’s mother tells him to escape the city. She takes off his star so he can’t be recognized as a Jew, and gives him the address of a Catholic priest who can help him escape Paris and the occupied part of France. As Samuel escapes, his mother is spotted and killed as he is able to escape. 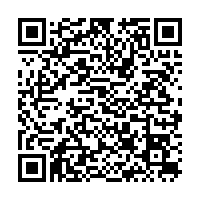