A stone on which is inscribed the earliest known reference to the era of King David is on display at the New York Metropolitan Museum of Art.

Dimly lit, the stone slab, or stele, doesn’t look particularly noteworthy, especially when compared to the more lavish sphinxes, jewelry and cauldrons one encounters en route to the room where it is installed.


A Twitter post this fall, art journalist Lee Rosenbaum described the 2750-year-old rock, nearly 13-by-16 inches and which resembles an aardvark or elephant, as “homely.”

What’s significant about this stone is its inscription: “the earliest extra-biblical reference to the House of David.”

“There is no doubt that the inscription is one of the most important artifacts ever found in relation to the Bible,” Eran Arie, curator of Israelite and Persian periods at the Israel Museum, wrote in the exhibit catalog.

The stone is on display as part of the “Assyria to Iberia at the Dawn of the Classical Age” exhibit running through January 4.

As is to be expected with a rock nearly three millennia old, the slab is missing considerable portions, and Arie’s translation of the remaining 13 lines of text is full of ellipses and bracketed additions. What is clear is that the Aram-Damascene king Hazael brags of having killed 70 kings, including of Israel and of the “House of David.” Scholars agree that the round figure is probably exaggerated, although Hazael did have a reputation for being ruthless and successful.

The breaks in the stone neither obstruct nor obscure the “bytdvd,” or House of David, inscription, which remains “absolutely intact and clear,” said Ira Spar, professor of history and ancient studies at Ramapo College in New Jersey and a research Assyriologist at the Metropolitan Museum.

Epigraphers and biblical historians agree almost unanimously that the letters “bytdvd” refer to the House of King David, according to Spar.

“While it is clear that David was king of Israel, the archaeological evidence for the extent of his kingdom remains unclear,” he said.

Despite its “extraordinary inscription,” the rock, a seventh century BCE “Annals of Sennacherib” that tells of a siege of Jerusalem mentioned in the Bible, and a 10th-century BCE “Taanach Cult Stand” that may feature a depiction of the Jewish God, have been “curiously” ignored in reviews of the Met’s exhibit, notes the Biblical Archaeology Society website.

In the catalog for the “Assyria to Iberia” exhibit, the Israel Museum’s Arie wrote that the inscription’s matter-of-fact invocation of David’s name just some 150 years after his reign amounts to a “clear indication that the ‘House of David’ was known throughout the region and that the king’s reputation was not a literary invention of a much later period.” This, he adds, “clearly validates the biblical description of a figure named David becoming the founder of the dynasty of Judahite kings in Jerusalem.” 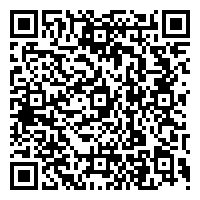