Mike Huckabee, former Governor of Arkansas, threw his hat into the presidential ring on Tuesday, May 5.

Huckabee announced that he is in the race for president from his hometown of Hope, Arkansas. He is the sixth Republican to join the race.

He has strong objections to the current White House occupant’s policies on foreign policy, especially what he considers a weak response to ISIS and other terrorist organizations.

Huckabee had this to say about his position on the efforts of the Islamic Republic of Iran to obtain nuclear weapons: “The Ayatollahs of Iran will know that hell will freeze over before they will get a nuclear weapon.”

Huckabee is also staunchly pro-Israel. When he visited Israel last year – he has been visiting for more than 40 years – he predicted that the then ongoing efforts to push for a peace agreement was bound to fail because, he said, the “Palestinians don’t want peace.”

Huckabee also said he no longer visits holy sites in the region that are not under the safeguard of the Israeli government. He said Israel is the only place in the area that he feels safe.

The former Fox News commentator also said that the BDS movement was “stupid and anti-Semitic.”

On domestic issues, Huckabee advocates a national consumption tax to replace the existing on personal income and payroll taxes and opposed increasing the minimum wage. In fact, Huckabee is in favor of eliminating the Internal Revenue Service altogether. “We would finally get rid of the biggest bully in America – the IRS.” He also favors strong local control over education

Huckabee said the U.S. has to address the immigration issue by starting to take control over own own borders. He opposes the large numbers of people in this country illegally, but believes children of illegal immigrants born in this country should be able to obtain citizenship. He also is an opponent of abortion and gay marriage.

In addition to having been the 44th governor of Arkansas and a Fox News commentator, Huckabee was also a Baptist minister and an author. 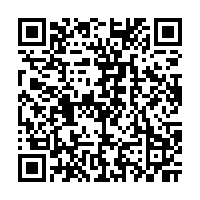