The Israeli Air Force (IAF) launched on Monday morning the “Vered HaGalil” (Rose of the Galilee) exercise intended to improve the Air Force’s readiness for combat in the northern arena.

The surprise drill, conducted under the direction of Major General Amikam Nurkin, will include aircraft, planes, and helicopters throughout the country, as well as sounds of explosions in the training areas. The exercise is expected to end on Wednesday.


“The exercise simulates combat scenarios in the northern arena and will train all Air Force units in the corps’ core missions, including maintaining air superiority, protecting the country’s skies, as well as attacking and gathering intelligence missions,” the IDF stated Monday.

The exercise will further “examine planning and control and execution processes as well as end-to-end logistics and technological capabilities, with an emphasis on maintaining aerial freedom of action and full functional continuity.”

This drill comes just a week after the IDF conducted the “Lightning Storm” exercise on the Lebanese border to test the troops’ readiness to face an attack from the north.

The IDF stated that the exercise is intended to “improve the readiness of the IDF forces of the Northern Command at the border.”

The IDF estimates that Hezbollah will attack Israel in the coming year.

The IDF Intelligence Division warned in its annual intelligence forecast for 2021 that the Lebanon-based Hezbollah terror organization is ready to carry out an attack on the border fence, even at the cost of an unusual Israeli response that will lead to a day or days of fighting.

However, such a clash can evolve into a full-blown war.

Intelligence Division Commander General Tamir Heiman said that “we are working hard and deal with the threat on a regular basis and although it is not a threat to be taken lightly, we can provide a quality response by a variety of overt and covert means.”

“The Shiite axis continues its attempt to establish itself in Syria in order to harm Israel through the Golan Heights. Our many efforts succeed in harming and reducing this ability,” he added. 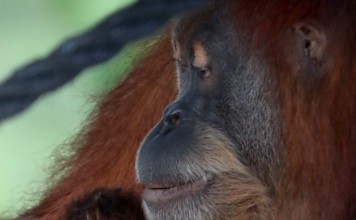