IDF forces in coordination with Border Policemen and the Civil Administration in Judea and Samaria demolished the homes of Islamic terrorists Anan Hamad and Issa Assaf from the Qalandiya. north of Jerusalem on Monday.


Hamad and Assaf carried out a stabbing attack at Jerusalem’s Jaffa Gate on December 23, 2015, killing 45-year old Rabbi Reuven Biermacher and 46-year-old Ofer Ben Ari who sustained gunshot wounds from Border Policemen who were firing in the direction of the attackers.

Local refugee camp residents threw stones and blocks and even opened fire in the direction of the soldiers as the homes were being demolished. IDF troops and Border Policemen responded with riot control measures and live ammunition, leading to the injury of six Arabs. 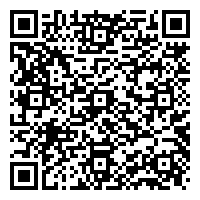