In a Wednesday night operation in the village of Beta, the elite Paratroops Recon Unit arrested terror activist Azzam Hamail, who threatened to harm Samaria Regional Council head Yossi Dagan after he reached an agreement with the Israeli government to legalize the community of Evyatar.

Hamail, who was previously arrested on suspicion of involvement in terrorism, is being questioned by the police on suspicion of threatening to harm Dagan for nationalist reasons and following Dagan’s activities to promote Israel’s presence in Samaria.


Dagan thanked the security forces for their prompt action.

“I will continue to work fearlessly for the strengthening and expansion of the communities in Samaria, I am no different from any other citizen in the country, we all understand the tremendous importance of the Zionist act we are doing here, Evyatar will be a proper community in Samaria. We will defeat them, the people of Israel will overcome their enemies,” he stated.

The head of the Police Operations Division, Lt. Gen. Maurice Chen revealed Wednesday that Dagan is the most threatened municipality head in Israel. Intelligence points to Arab elements who are seeking to harm him. As a result, 24-hour security was attached to Dagan.

The threats against Dagan increased following the agreement to legalize the community of Evyatar between the government and the residents of the community and the Samaria Regional Council, which will lead to the establishment of a yeshiva there, and subsequently, a community.

According to the agreement, the families left the community, the houses remained intact, and the IDF posted troops at the site. The authorities are conducting a quick land survey and after the lands are officially declared as state lands, the residents will return. 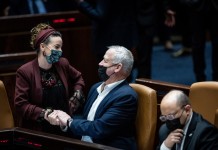 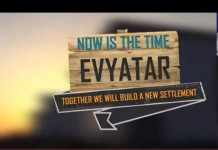 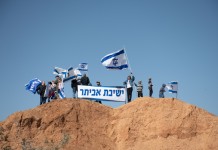 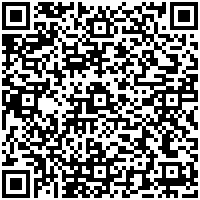